Nine months before the Tokyo Olympics, Canada’s Damian Warner finally has a place to train indoors.

The decathlete’s coach, Gar Leyshon, brokered a deal between city officials in London, Ont., and London Western track and field club to use 66-year-old Farquharson Arena, which has been shuttered since the onset of the coronavirus pandemic in March.

Warner had reached a critical stage in finding an alternate facility with the change in seasons after his regular indoor track at Thompson arena on the Western University campus also closed in the spring.

“The city jumped at this, made it happen and really saved us,” Leyshon said Friday, adding Warner likely didn’t have another indoor option for fall and winter. “The next step would have been a personal plea to the president of the university to allow Damian [to train exclusively at Thompson] but there would be no guarantees.”

Leyshon said London Western track and field club would pay the bulk, if not all, of an undetermined arena rental fee for the use of Farquharson. As much as $4,000 will also be saved, he noted, with Athletics Canada expected to supply a Mondotrack synthetic surface, while the father of a club member has donated a truck to transport equipment from the university.

“People in the community have been really good to make this work,” said Leyshon. “But we’ll probably still have to spend at least $1,000 to get things set up.”

Leyshon said a raised runway for pole vault will be moved from the university along with pads and jump standards for high jump, and he’ll assemble a throwing ring for discus and javelin.

“We’re also hoping to use the pole vault runway and jump on the pads for long jump and put the Mondotrack down the middle of the arena floor to work on starts and short speed,” said Leyshon, who coached Warner in high school. “The arena is 55 metres long, meaning Damian can run full speed for 40.” 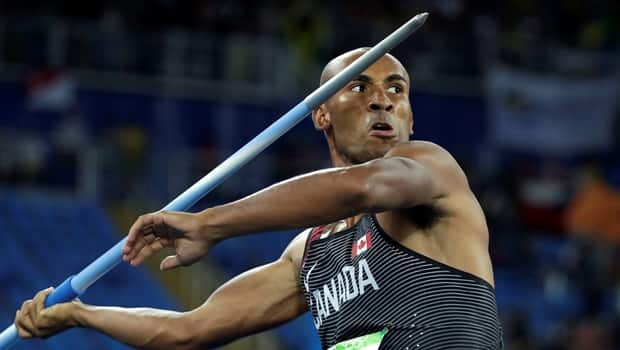 Scott Stafford, managing director of parks and recreation for the city, told CBC Sports one side of two-pad Farquharson Arena isn’t being utilized for hockey this winter because the small dressing rooms don’t comply with COVID-19 protocols.

“The timing worked out well [for this deal] and certainly we’re excited and happy that we’re able to help,” he said. “It was a good situation for the community and a great situation for Damian and Team Damian.”

Previously, Warner trained eight to 10 weeks a year at Thompson arena, which Leyshon noted was crowded, cramped, poorly lit and the temperature hovered around 9C in the track area that surrounded an ice rink.

“Obviously, we don’t have a track [at Farquharson Arena] but it’ll be better [than Thompson arena] for practising the other events. And it’s going to be there whenever Damian wants to train,” said Leyshon. “Scheduling [with the club] will be much more flexible than what the university has ever offered.”

Western University did not immediately return multiple messages seeking comment for this story.

Unlike each of the past two years, Warner hasn’t had the option to travel to the United States to train in a warmer climate because of the coronavirus outbreak. He and Leyshon would make five or six trips to training camps in Florida, California and Louisiana for two weeks at a time.

“As a diabetic, I’m at high-risk [for contracting the virus] so I’m not about to get on a plane,” said Leyshon, who had to put off retirement in September and return to work as a high school teacher after this year’s Olympics was postponed in March. “And Damian has no intention of getting on a plane until it’s absolutely necessary, and that’ll probably be next May. He has no desire to risk his life and/or that of his girlfriend whom he lives with.”

WATCH | Are multi-event athletes, like Warner, the best in the world?: 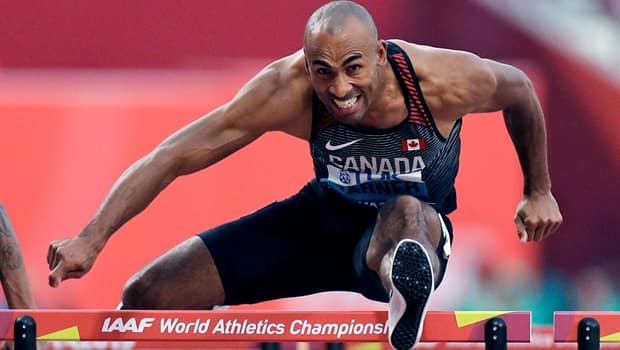 Athletes in the heptathlon and the decathlon have to be fast, strong, enduring, coordinated – all of the attributes needed to be elite in any sport. Does that make them the best athletes in the world? CBC Sports Anson Henry explores. 2:03

The problem for track and field coaches and athletes in Canada, Leyshon pointed out, is they’re “beholden to somebody else” to use their facility, noting most track clubs in the country are either outdoors or tied to a university.

“Damian didn’t go to Western, so Western doesn’t owe him anything,” said Leyshon. “You have to be a member of a club to gain access to a track. Why? Because they’re the only people with access and they pay the university, which holds all the power. It’s a very one-sided relationship.”

From April through August, Warner trained three days a week on an outdoor track at a high school in nearby Strathroy and was in better shape than ever by the end of the summer, according to his coach. However, he wasn’t able to do pole vault, hurdles, long jump or high jump. Decathlon also includes shot put, 100-metre run, 400, 1,500 and 110 hurdles.

In mid-August, said Leyshon, Western reopened its outdoor track facility until the university suspended all in-person athletics a month later when the school’s positive cases for COVID-19 reached 28. Then, on Oct. 15, U Sports cancelled the 2021 winter national championships, including track and field.

At the time, Warner, who turns 31 on Nov. 4, had resumed his typical non-traditional fall workouts, including basketball, badminton, volleyball and Frisbee along with throwing a baseball and football.

The pandemic has allowed the 2016 Olympic bronze medallist to heal after spraining both ankles in a six-month span ahead of the 2019 world track and field championships. Warner has been doing ankle strengthening and balance exercise and now receives weekly treatment from longtime physiotherapist Dave Zelibka. 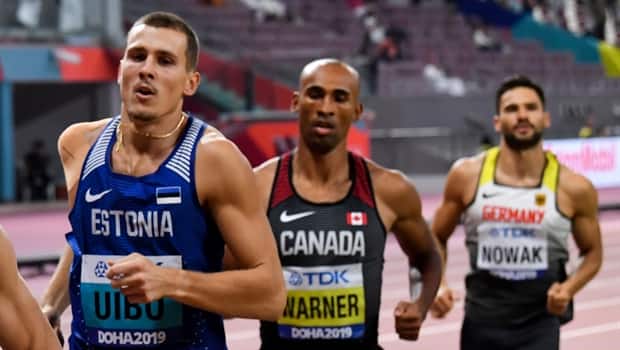 Despite the injuries, Warner won decathlon’s Hypo Meeting in 2019 for a fifth time, repeated as Pan Am champion and earned bronze in Doha, Qatar, for his third career world medal.

“He [Warner] has done around 28 decathlons, about 15 or so fewer than Kevin Mayer,” Leyshon said of the Frenchman, who boasts the world record of 9,126 points. “Damian also hasn’t had any serious injuries, so he has a young body.

“Truthfully, I think his best years are in front of him and his potential is the world record.”