It’s the second annual Canadian Black Business Week, and entrepreneurs and Black business groups say they are seeing signs of real positive change emerging from the tumultuous year 2020 — even as they know all too well that Canada still has a long way to go.

Launched in 2019, Canadian Black Business Week is an initiative spearheaded by the Canadian Black Chamber of Commerce to simultaneously shine a light on some of the unique challenges faced by Black businesses and spotlight their successes to a wider audience.

“We are your neighbours [and] we’re also your business partners,” Chamber president Andria Barrett told CBC News in an interview.

Businesses of all types have been waylaid by the COVID-19 pandemic, which shut down stores, wiped out supply chains and reshaped consumer spending habits. But this year has, in many ways, been even more tumultuous for Black businesses than it has for others.

That’s because the world is now in what Barrett calls “a post George Floyd moment,” referring to the death of Minnesota man George Floyd, who died this summer after a police officer pushed his knee on to Floyd’s neck for more than eight minutes, killing him.

Floyd’s death sparked angry demonstrations across the U.S. and Canada against police brutality, and brought badly needed attention to the prejudicial struggles faced by Black, Indigenous and People of Colour (BIPOC) in their everyday lives.

“People are being more intentional, asking more questions,” Barrett said. “[So] we’ve taken the opportunity to create a platform to educate, inspire and promote the members of our chamber and Black entrepreneurs right across the country.”

Rachael-Lea Rickards is one such entrepreneur shining brightly under that new-found spotlight.

She’s the creator and owner of Real Talk Candles, a small business she created as a form of self-care during the current pandemic, that has exploded from therapeutic hobby to thriving startup after blowing up on social media over the summer.

She hoped she might be able to sell a few candles, but sales soon boomed. “It picked up so quickly,” she said. “I had more sales than candles … my whole apartment turned into candles. “

WATCH | Rachael-Lea Rickards on the moment she knew her business was taking off: 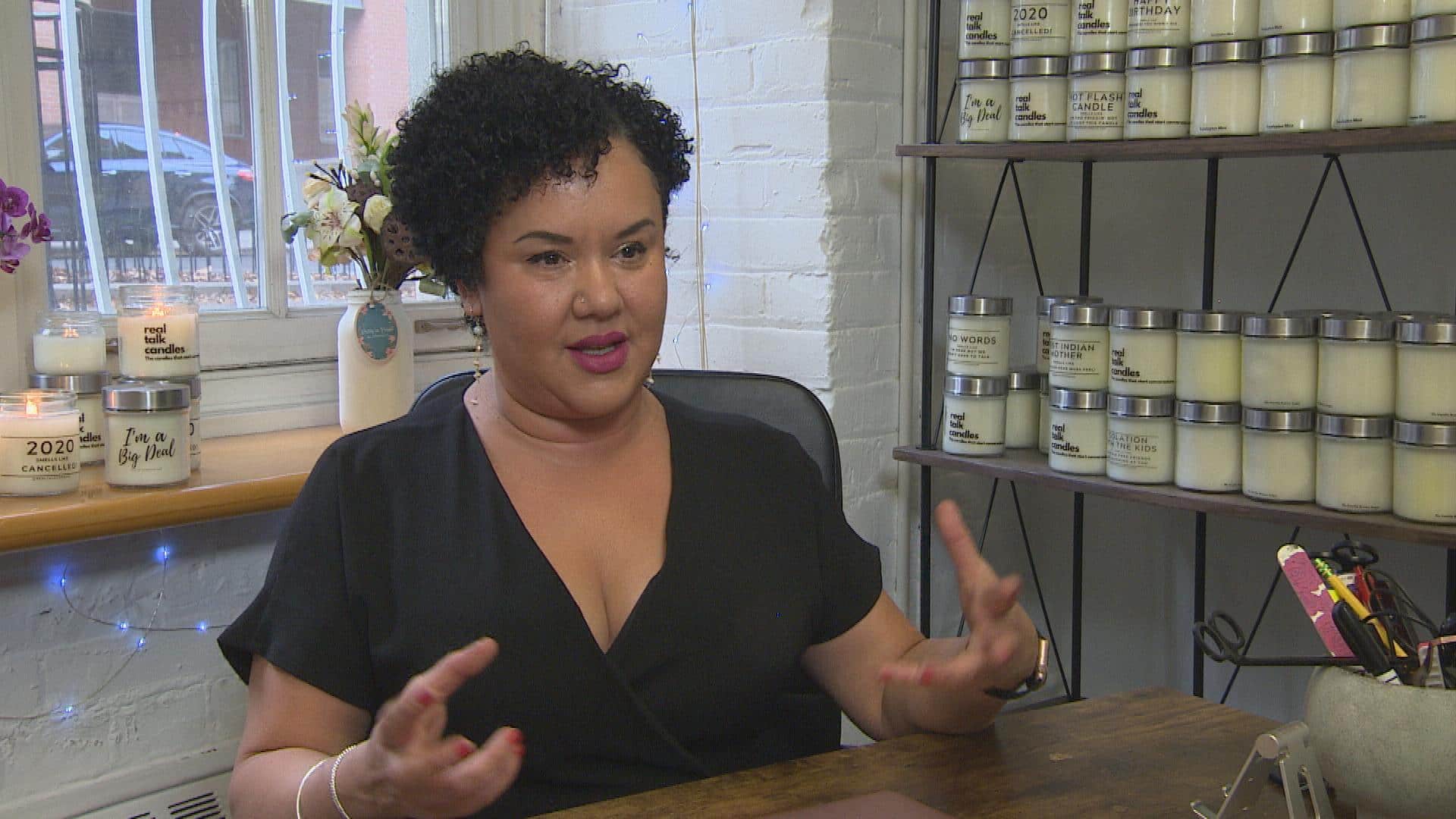 Real Talk Candles owner Rachael-Lea Rickards says she wasn’t expecting such booming sales after she started selling her candles online during the pandemic. 1:03

While Rickards is torn that her business is benefiting from a movement that was born out of tragedy, she’s hopeful that the momentum of the Black Lives Matter movement will be sustainable and make real change for the Black community long term.

“The world has seen us, unfortunately, due to something horrific [and] it’s given us opportunities that we never would have had,” she said. “[But] I’d like to think that the hashtag Black Lives Matter will continue to matter [because] if you’re any business, major business, you should know that it’s the smart thing to do to start incorporating Black people in your boardrooms, in your decision making, in your marketing, in the products that you choose.”

Barrett agrees that this year is indeed bringing about some much needed change for Black businesses, even if progress is still glacially slow.

Earlier this summer, a campaign known as the “15 per cent pledge” urging major retailers to commit shelf space to Black-owned businesses gathered steam, especially in the U.S.

At least one major Canadian retailer has now signed on. Book seller Indigo told CBC News this week that as of now, it will dedicate 15 per cent of its display space in stores to BIPOC authors, and hopes to increase that ratio to 23 per cent within five years.

“We will regularly reassess our assortment to ensure it represents the diversity of Canada,” a spokesperson for the company said. “We are committed to sharing our progress on this journey and will share major milestones and updates.”

Rickards knows first hand just how powerful such a commitment can be for Black businesses and people. While at an Indigo store recently, she said she took note of a book on display about a little Black girl and how much she loved her hair.

“We need to see that … we need to see our stories,” she said. “It would open up the ability for us to go right through the glass ceiling that there wouldn’t be a ceiling.”

‘Just a little bit too Black’

While she would love to see her own wares on display at one of Canada’s biggest retailers one day, she worries that Black-owned products and businesses will always be seen as being outside the mainstream.

“My candles are very outrageous at times and they can be very real. Will it fit in? Will a Black Lives Matter candle or a ‘I love your kinks in your hair’ candle, will that be acceptable or just a little bit too Black? That’s a big concern for a lot of Black business owners who have Black products.”

Barrett welcomes companies seeking to reach out and make genuine progress with regards to Black business issues, but she has a warning to corporations seeking to claim allyship without putting in the work.

“If you’ve committed to step up and do better in terms of when it comes to working with the Black business community, we’re all watching,” she said.

A push to support Black-owned businesses followed the police killing of George Floyd and months of Black Lives Matter protests and some Black entrepreneurs say they’ve seen follow-through on those promises. 2:03